On Urkultfestivalen Ulrika Boden released hernew album, Folk Love Songs, with new band Ulrika Bodén Band. A small special edition sold out right after the festival. A larger edition of the album will be available in stores and for download later this fall. 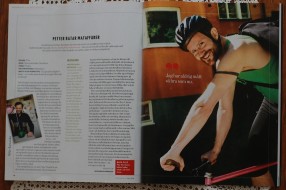 The Swedish magazine Tidningen VI has published an article entitled “Future Lifestyle”. They have portrayed three people who each received their full page in the newspaper. I am one of those who are featured in the magazine. Also Elin Rydstrom who runs the organic farm Lovö parsonage in Stockholm where I usually shop, and Elinor, […] 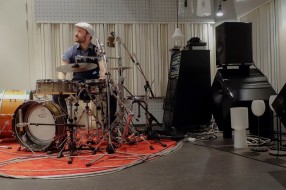 Just the other day I got long distance visiting from Japan. A designer and a photographer from Sapporo in northern Japan was here with an interpreter and interviewed me. They had discovered my food and lifestyle blog www.husfadern.com. They’ll release a book about sustainable living and wanted to write about me in the book. 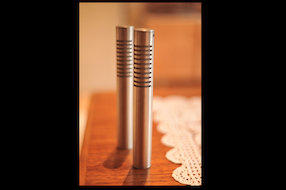 New ribbon microphones in the studio

We now have the new 10st ribbon microphones in the studio. They are hand-build in Latvia by an engineer named Arthur Fisher. The microphones sounds incredibly good. The first CD, they will be used on is Ulrika Boden’s upcoming CD that will be released on Urkultfestivalen in August. For those who are eager to try […] 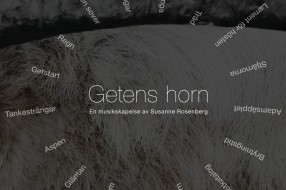 When Susanne Rosenberg’s doctoral thesis and dissertation was released 5/31 2013 Susannes latest work “Goat Horns” was released on my label Playing With Music. Susanne Rosenberg is one of the most famous folk singers in Sweden with a wide range of productions behind her. Here are Susanne back on PWM with a new CD after the last solo album (ReBoot / Restart 2010). 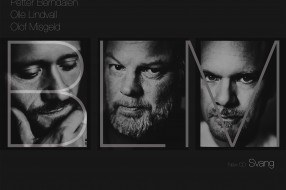 CD reviews are streaming in for BLM “Svang” with Petter Berndalen, Olle Lindvall and Olof Misgeld. Here you can read reviews from the newspapers Dalademokraten, Nerikes Allehanda, Ljusnan, Uppsala Nya Tidning and LIRA. Translated to english.